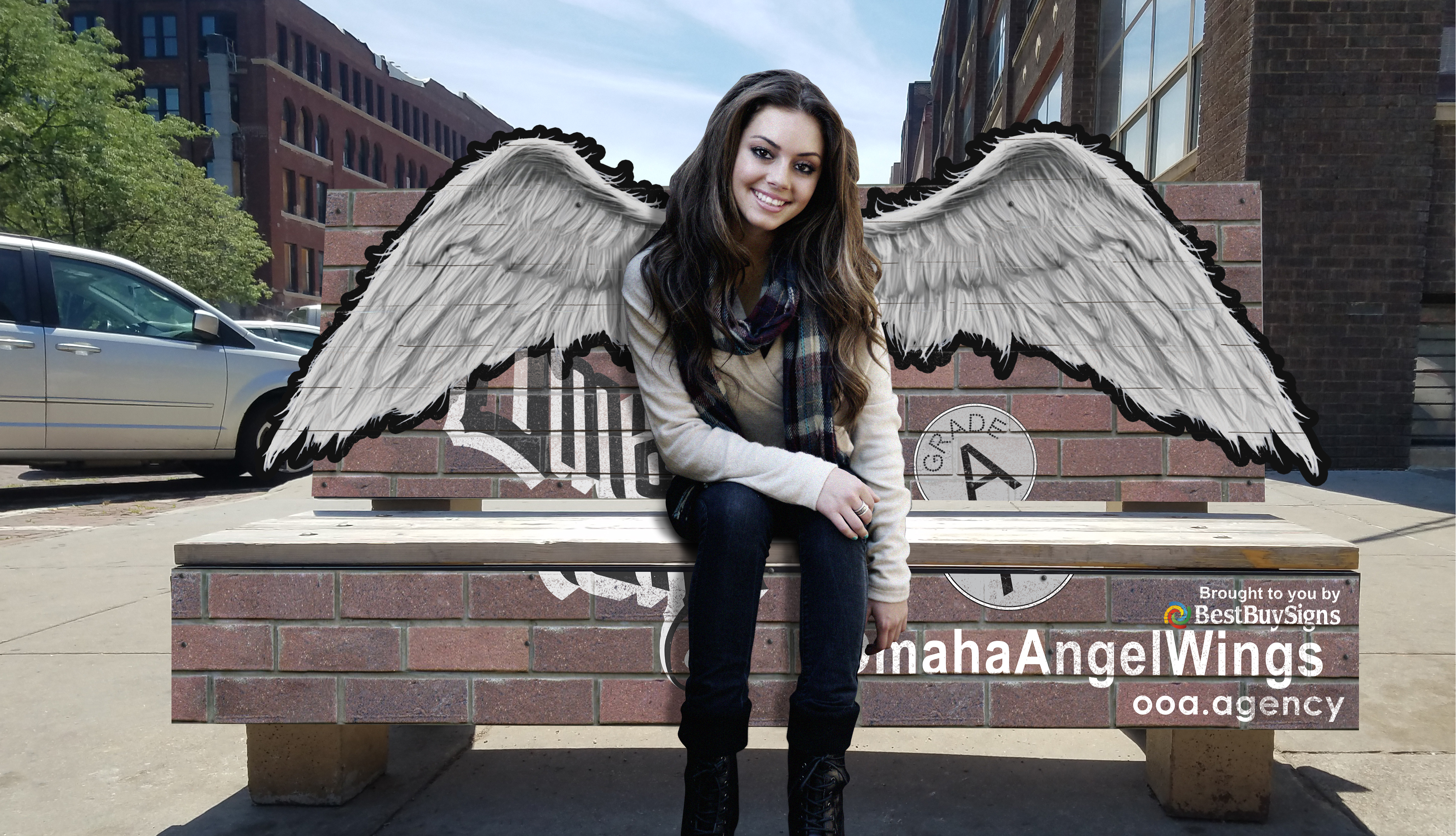 We fell in love with the message and the look of the Global Angel Project by Colette Miller, so we brought it to Omaha the best way we can – on bus benches!

The Global Angel Wings Project is a spontaneous street art project first sprouting its wings in Los Angeles (City of Angels) in 2012. It was meant to inspire and remind humanity that we can be the good and the Angels of this Earth. Colette Miller, at first illegally and on the street, painted large wings for people to take photos with – there are now more than 25 wings in LA.

Wings have since been commissioned in Australia, Juarez, Mexico, Keyna, and along with the East and West Coasts of the USA. Colette worked with many charities such as the Free Arts for Abused Children, Paper and Fabric, LA Kitchen, Kayole Wings Miller Boxing club, Lifeguard Kenya, Children Uniting Nations and more.

In the video below, Colette talks about how the project went from an effort to relieve residents of Los Angeles of ad bombardment to the viral phenomenon started by people posing with the wings and shared the photos on social media.

Watch Around the Metro.

There are four sets of wings scattered around the city. When you find them, take a picture and let us know you found it with the hashtag #OmahaAngelWings. We’re excited to see all the Angels of Omaha! You can see tons of photos of the wings across the world via Colette’s Instagram.